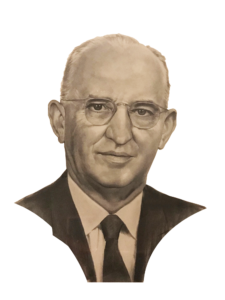 The founder of the company, Theo P. Costas Sr., was born in Peleta, Greece. He came to the United States in 1912 at the age of 15. In 1924, at the age of 27 he operated three restaurants and his own candy factory in New Orleans. In 1929, he came to Jackson to assume the food operations of the Robert E. Lee Hotel, and on March 18, 1937, Mr. Costas announced the grand opening of his new coffee shop, The New Ritz. On September 1, 1939, as a first step in making his dream come true, he became a distributor of Anheuser-Busch products and opened Southern Beverage Company with a warehouse in Jackson and then the following year, March 1, 1940, opened branch distribution facilities in Laurel and Hattiesburg.

Theo P. “Sonny” Costas, Jr. started working as a young man during his junior high and high school years helping to load delivery trucks. In 1964, after graduating from Mississippi College, Sonny joined the company full-time. He worked as a route driver, unloading and delivering beer and started learning every aspect of the company — every position within the company and what the role of each position meant to the success of the company. Eventually, he worked his way into the management and began running the company under direction of his father.